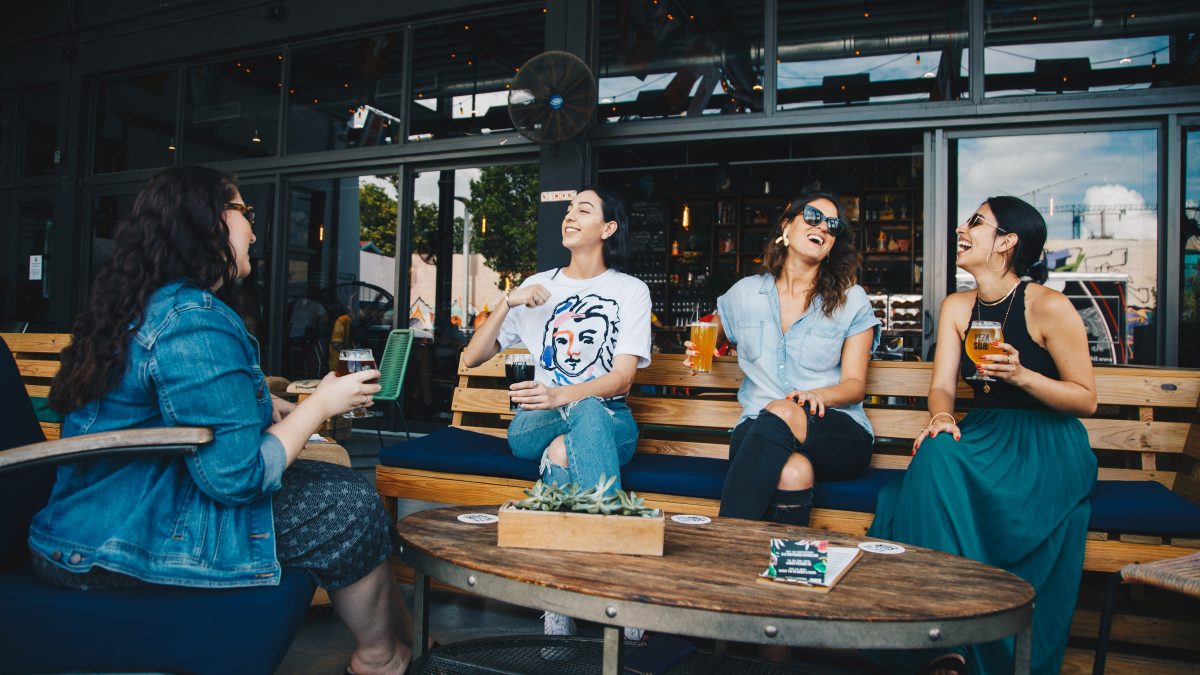 Lately, I have been thinking a lot about this notion of cutting people out of our lives. It’s not difficult to find books and self-help gurus who champion this notion of decisively cutting people out of your life–removing chronically negative and toxic people from your orbit. I’ve been struggling to reconcile this idea with my belief in compassion.

Where is the line between self-protection and compassion in our relationships?

In thinking about people who are on my life orbit chopping block, I realized that my motivations for cutting people out fall into one of two camps: dislike and avoidance.

Yesterday, I was driving to meet a girlfriend for happy hour. I hadn’t seen her in a few months and I was excited to catch up. Never at any point during the day did I consider cancelling on her. Never at any point did I dread the meeting. As I was driving to meet her, this realization struck me: there are people on my happy hour rotation that I actually dread seeing. People whose meetings I am always tempted to cancel. Why? Because I simply don’t enjoy spending time with them. They are too negative, too dramatic, too harsh, or whatever the issue, I simply do not enjoy spending time with them and I don’t look forward to being around them. I usually spend most of those days dreading the get together and debating whether to cancel.

That was when I realized that there is some benefit to cutting people out. There are some relationships that chronically take more than they give and that require so much energy just to show up for. Relationships that simply don’t feel good. Those relationships are no longer authentic for me — it is unrequited affection and I am perpetuating a falsehood. It’s time for those relationships to conclude. It doesn’t have to mean anything about the other person, we have simply outgrown the enjoyment of the relationship and it’s time to move on.

In the other camp of people on my chopping block, were those I was wanting to cut out because of something that had happened. Not because I didn’t still love a part of them but because I was stuck in anger about something and the chopping block offered me the easy exit.

The relationships in this camp weren’t people I could necessarily deem toxic or obsessively negative. They were people who had “wronged” me or someone else I cared about and those perceived slights had never been remedied. Rather than preserve any opportunity to bridge the gap by maintaining the relationship, I was tempted to simply bow out. Doing so would be avoiding hard conversations and painful discourse.

These weren’t irredeemable relationships, they were simply relationships that had gotten hard and I was reaching for the easy button.

For those relationships, it simply felt easier to cut them out. It’s easier to avoid seeing these challenging humans than it is to show up and play nicely. Shutting those doors completely is clean and simple and requires very little of me.

For the people in that group, I realized that I can show up in love and compassion without forgiving or condoning what they had done in the past. I can honor the history of the relationship that was worthy and choose instead to see their humanity. To recognize that they may be broken in their own ways that they may be struggling in ways that I don’t understand.

In this camp, writing people off indicates that we are good and they are bad. It implies that we’re better than them. That we would have done things differently, that we would have never acted that way, done those things, or said those things. But this ignores our own humanity! We act in hateful and spiteful ways all the day. We lash out at those around us. And we hurt those who are already hurting. My own impulse was a very human demonstration of that capacity. In reaching for hurt and anger, I wasn’t showing up any better than those people I was wanting to write off. I was perpetuating a cycle of hateful acts.

The greatest blessing our loved ones can bestow upon us is compassion — who are we to withhold the very thing we want others to give freely to us?

For this group, I can instead acknowledge their humanity, I can acknowledge that they have their own challenges and their own path to walk. And that maybe, just maybe, by showing up and offering love and compassion to everyone despite their own shortcomings, I could be an example of what’s possible. That maybe I could demonstrate for them how real relationships are supposed to work — they are yin and yang, good and bad.

“Let our hearts be stretched out in compassion toward others, for everyone is walking his or her own difficult path.” Dieter F. Uchtdorf

We all struggle with the humans in our lives. If you are grappling with a challenging relationship, I would love to support you and develop a plan of action. Schedule a free consultation now.