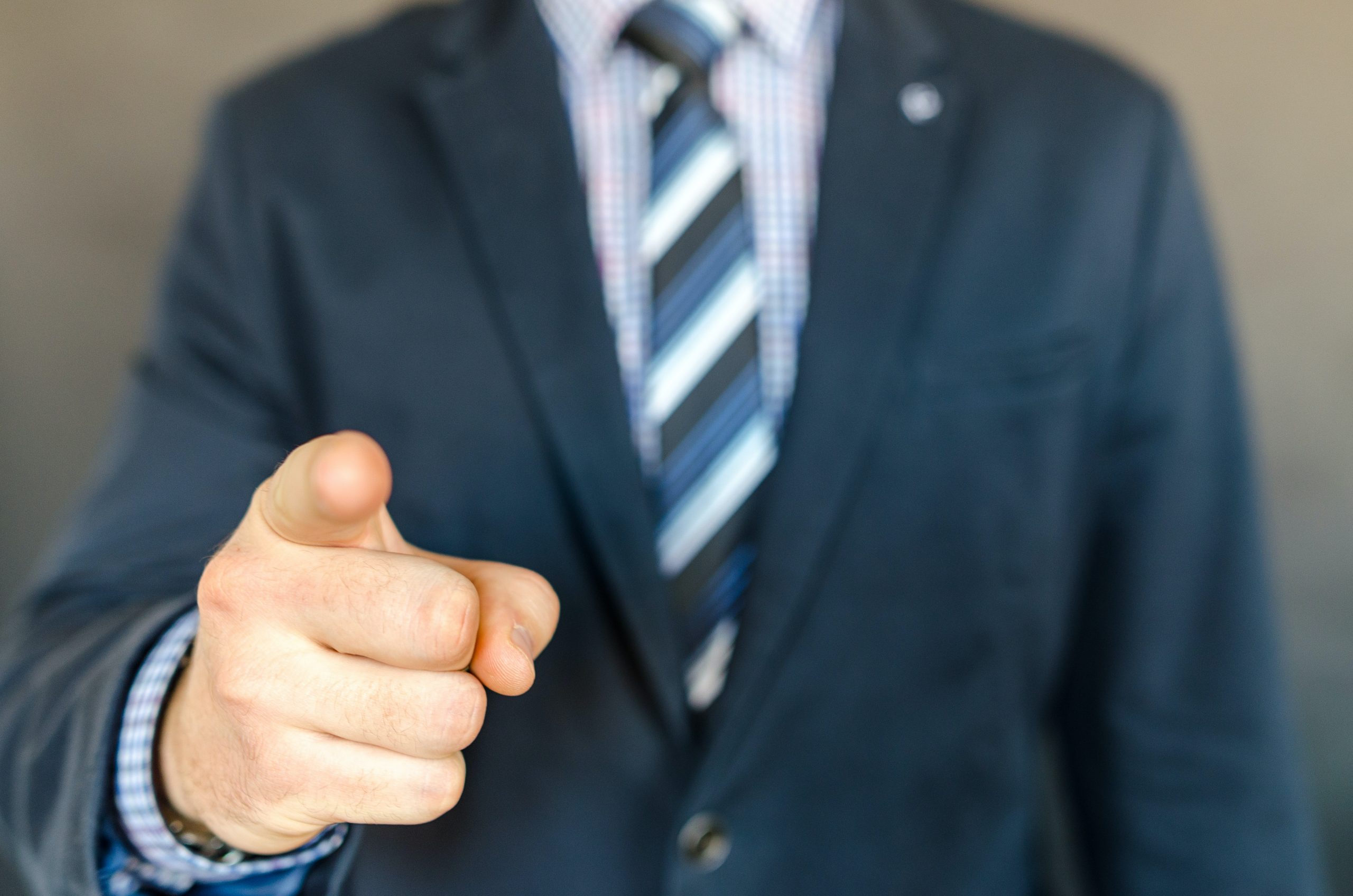 When I was a little girl, my brother had an imaginary friend named Doodah. Every time he would get into trouble for putting spiders down my shirt, he would insist that Doodah made him do it. Nothing was his fault when Doodah was around!

Not all of us had imaginary friends when we were kids but, like all other kids, we were never quick to take the blame for our actions.

We’ve all seen those kids in the airport. There you are waiting for your bags to plop off the carousel and while you wait, you watch two kids, worn out from travelling, annoying the goodness out of their harried parents and each other. Then, inevitably, one of those kids will haul off and smack the other one. Hard. While seemingly no one is watching.

Naturally, this results in an avalanche of tears and lots of drama punctuated by the aggressor-child insisting they “didn’t do anything”, indignant at the accusation. Such a comical and common display of our basic human instincts.

As adults, we like to tell ourselves that we have grown out of that propensity. Most of us would never outright deny doing something that we clearly did or that could easily be proven – hello, there are cameras EVERYWHERE!

But just because our logic-reasoning skills have improved and we know that it’s not prudent to lie about things that are likely memorialized on camera, it doesn’t mean we have gotten any better at accepting the results of our actions.

In fact, most of us have just gotten really good at dressing our blame up in prettier clothing: victim clothing.

Years ago, I found myself working in an environment where I did not fit in. I was one of very few women working in a role other than secretary. I was working in an environment where I felt completely isolated. I looked around and saw that the vast majority of my co-workers and nearly all of the organization’s leadership consisted white men from the same colleges and grad schools, even from the largely the same high schools. Most of them practiced the same religion if not the same parish. Most of them were in the same political party and most of them grew up in the same city. Lastly, the majority of them had the same family structure –  2-3 kids with a stay-at-home wife, even where those kids no longer lived at home.

Being alone on an island certainly takes its toll and while every organization comes with its own unique challenges, I quickly started to feel like there was no way I could be successful in that space. They will never take me seriously…they will never understand me or my life…I will always be different and they will always see me as a token: something to be regarded and retained but not taken seriously…My brain was filled with angry pronouncements about my workplace, its leaders, and my co-workers.

I believed all of those thoughts and I carried them around with me every day. Every time I told myself that my complaints were disregarded, every time I thought my comments were bowled over, every time I felt I was interrupted more than the men, I clung to those thoughts – you will never take me seriously because I’m a woman….you can’t comprehend a woman with a brain and an opinion…you will never treat me like a peer because you don’t believe I am your equal.

Over time, I found myself having screaming matches with them in my head. If I saw a member of the leadership team in the hall, you could bet I was yelling at them in my head, telling them they were sexist and old school and on and on and ON…Every challenge I encountered in that place was cast in a veil of sexism and anger. It was exhausting.

Now look, I am not saying that any of these thoughts couldn’t have been true. Maybe some of those guys were sexist. Maybe they lacked the skills and experience to treat me as an equal. Maybe it never would change. I don’t know and it didn’t matter.

It didn’t matter because I realized that I could not control them. I could not change them. I could not make them into the kind of men I would respect. They were grown adults who were entitled to act and treat me in any way that they chose. I realized that the only thing I could control was myself and my thoughts and at that point my thoughts were making me miserable. I trudged through each day unhappy, grouchy, unsatisfied and disappointed. It was a terrible way to practice.

I started working through my thoughts and endeavored to re-cast the situation. I had to let go of my anger that these people were falling short of my expectations for good leadership. I started focusing on the fact that my angry thoughts about the situation were making me angry and bitter. No one was negatively affected by my diatribes but me. Eventually I left. To put it more accurately, I RAN out of that place as fast as I could.

Later when I would think back to that time in my life I would find myself bubbling with anger. I blamed them and judged them for my leaving. I blamed them for my unhappiness. If only they had been willing to act in accordance with their values. . . if only they were capable of accepting their short-comings . . . if only they weren’t so freaking insistent upon taking care of their own…if only they were willing to accept different points of view as valuable… I had nothing good to say and every time it came up in conversation or I thought about it, I would find myself fuming with rage and indignation.

That’s when I realized that I was making myself a victim. I knew who the villain was – and so did everyone who made the mistake of asking me about my prior employer! That made me the victim. Yikes. I never thought of myself as a victim or a blamer and the realization stung.

As I thought about it more, I realized that I was blaming the male partners and leadership for all my unhappiness there. I was blaming them for me leaving. I got to work picking through those thoughts and one stuck out in particular: I will never be successful here because I am not one of them. I believed that down to my core. But then I started to probe it. Was that true? Were there really no women there that were successful? Nope. My thought wasn’t entirely factual.

There were women there who had found some form of success and happiness. They worked a lot more than I did. They made less waves. They were willing to “go along to get along.” They worked hard and didn’t make time for indignation – it’s not that they didn’t see it; they just didn’t spend energy on it. That’s when it clicked for me. I was wrong. I could have been successful there and I could have become one of them. I chose not to. I chose not to make those same sacrifices and I chose to use my voice. I chose to leave in honor of my principles and values. They didn’t force me to leave. They weren’t the villain and I wasn’t the victim. I made a choice to leave. I didn’t have to make that choice and no one forced me to do it.

Now when I think about my time with that organization, I am filled with pride and sadness instead of anger and indignation. I am proud that I clung to my values and I am sad that women are still fighting to be treated fairly and equally. I’m no longer villainizing their failures – that is for them to sort out. I made a choice that was all my own and I was not a victim to some faceless villain.

Could I have stayed there and found happiness? Sure. It would have required a lot more time working through those thoughts. I could have found a way to be happy. But here’s the thing. I didn’t WANT to feel good about what I seeing and experiencing. I did not WANT to be okay with that environment. That was also my choice. I chose to be unhappy during my time there. Life is not meant to be 100% happiness all the time. My experience at that organization was my time for struggle, challenges, growth and sadness. That, my friends, is how life works and I wouldn’t have it any other way.

Photo by Lukas from Pexels